For the joy of it. Just run.

Today I had a day off. No work. No pressure. Just time to do things I wanted to do. What did I do – I went running.  I’ve been on an up and down journey with running as I documented in this blog: Goals, Set-backs and the Psychology of Giving Up.  which includes this image: 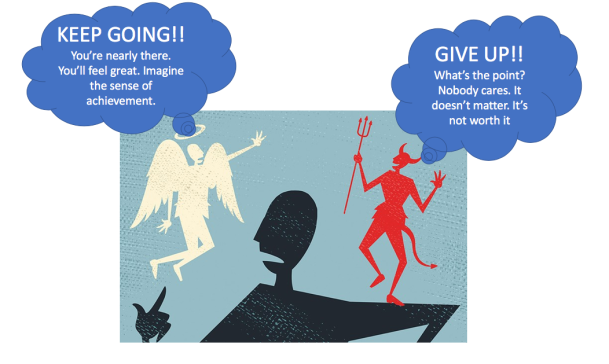 Back in the summer and until very recently I’d got into a mindset where running had become all about running faster, for longer, further and improving my performance in the 5km @parkrun events near my home in North London.  I tweeted my PBs with glee.  But actually, this was causing problems because I’ve got two dodgy knees after operations on both at different times and I’ve found it hard to sustain the improvement and pace I was starting to achieve.  It is amazing how far a month or six weeks of not running sets you back – physically and, then, psychologically.

But then I had some feedback on my blog and some tweets from a lovely friend Chris (Edutronic) Waugh – now living it up back home in NZ.  He said I was making it sound too hard and that I should run for fun. And that’s what I’ve started to do – and it’s a wonderful shift.  On my most recent runs, including today’s, I  have run for the sake of it. No times, no distances, no positions, no PB. Just running.  It’s such a relief.

The thing I noticed today is that when you take all the measurement out if, you notice where you are and so you can decide to run to a place and that matters more. I went to the woods: 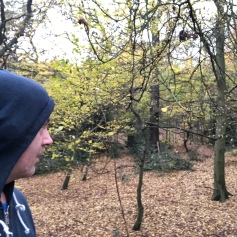 Something I’ve realised is that, whilst the ParkRun thing is amazing as a community spirit event – I actually prefer to run by myself.  I don’t especially relish being overtaken by guys 20 years older than me or a field of lycra-clad sport-freaks with their ‘100 Race’ t-shirts.  I never talk to anyone anyway and I like the solitude of running, headphones on, in my own world, at my own pace.  It’s rather lovely in fact.

I also noticed the most obvious thing: it’s feels great to be running.  The sensation of it – irrespective of any measures, it just feels great to be moving all those muscles, to be feeling the air in your lungs  – a kind of aerobic cleansing giving you a real buzz – even if you stop sweating and panting every now and then.

I’ve realised that , outside a timing regime, there’s no issue with needing to stop, rest and go again and this is not only ok, it’s really healthy.  With my crocked knees, I’ve found that the race/time psychology has made me go further and faster than was sensible leading to some setbacks with pain, swelling and limping.  Now, I think if I  stop/start freely,  whenever it feels right, I am more likely to preserve my capacity to run for longer in life…  and if goals are needed, that’s more important than any PB.

And are there wider lessons to learn from this for teaching? I’d say so. With that in mind, I remembered seeing this tweet from John Tomsett yesterday, quoting Tom Bennett : 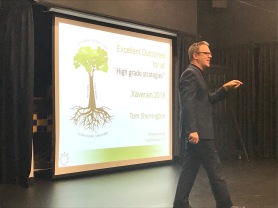