The Miracle of Christmas – and every other day.

Santa is coming… but fact is stranger than fiction…

This is the essence of my Christmas message as featured in our end of term assembly.

The Santa story is a lovely piece of family magic.  My kids love it.. even though my son, aged 11 is at the eye-rolling stage when we put the mince pie and carrot out for Santa on Christmas Eve.  “I’m nearly 12 you know”, he says.  But he’s also got butterflies.. all the anticipation and magic of presents appearing by the fireplace in the morning.. with the mince pie half eaten.

Of course, science can offer a different perspective. These bits of data come from a Stanford University physics student:  What if Santa could really deliver all those presents? (My students loved this…)

It seems implausible! Do you think?

But still, every Christmas, there is magic in our house – and we’re devotees of the NORAD Santa Tracker. 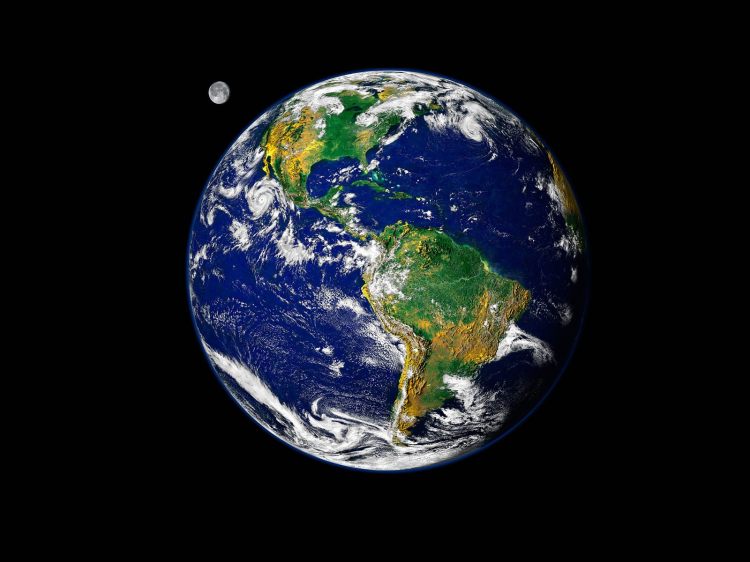 BUT, as is often the case, real life can be much, much more magical and astonishing than stories like this.  I’ve been working on Space with my Y9s and my Y13s this week.  We’ve been contemplating the scale of the Solar System and the distances to stars.  My Year 9s, measured out this scale model on the field. The Sun is a 2p coin; at each boy’s feet, is a bit of paper with a planet – a small dot less than 1mm across.

2p coin is the Sun. Students stand on the planets, dots on bits of paper.

What we realised was just how empty space is.  The Solar System is a few tiny dots of matter orbiting a 2p coin…from a distance of many metres.  Pluto didn’t even fit in the field. But what lies beyond Earth?

If we extend the scale model further, we can consider the next nearest star to our own.  Light from the Sun takes 8 minutes to reach us (2 metres on this scale). The next nearest star is Proxima Centauri – 4.2 light years away.  That makes it over 500 km away on our model; about the distance to Edinburgh: A 1p coin in Edinburgh relative to a 2p coin in London or Chelmsford.  That’s the scale – and there’s nothing in between.

That awe-inspiring fact, to me, is massively profound.  Our lonely planet is very, very much alone; isolated in the vast expanse of space. 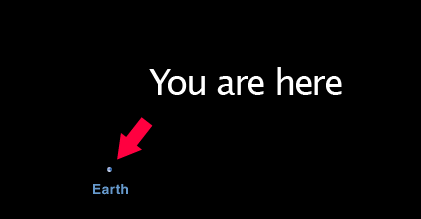 A sense of perspective.

And that brings me to Christmas.  Surely, the very fact of our existence on Earth is the greatest wonder of all. We’ve only got each other and this planet – but that counts for everything.  And it means that the greatest thing we can do is to look after each other, to be kind, to be generous, forgiving and loving…. and to look after the planet we’re on at the same time.

That is the magic of Christmas and of every day we ever live.  I think that is well worth celebrating. 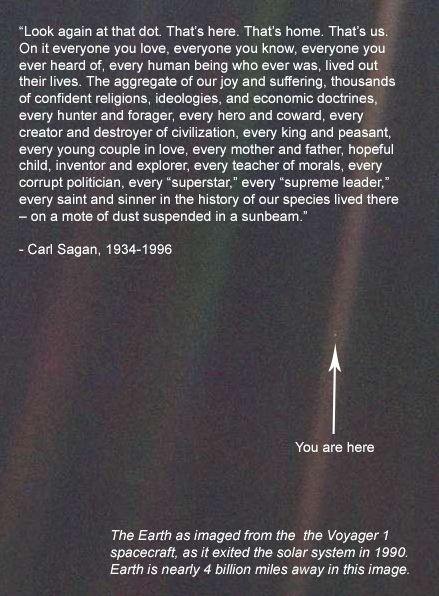 The Carl Sagan view of Earth; humanity alone on a lonely planet.

4 thoughts on “The Miracle of Christmas – and every other day.”