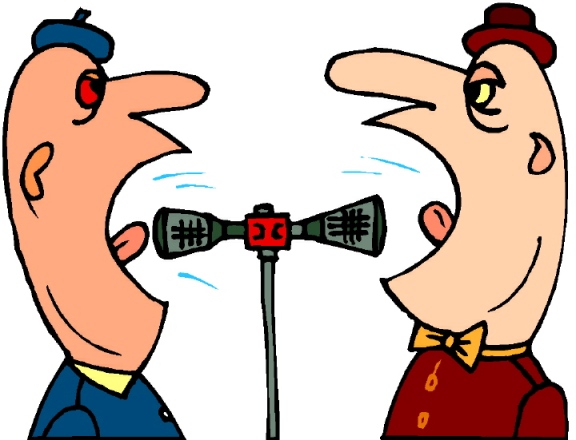 Is there a forum for an intelligent debate these days?

This week has seen yet another massively important issue tossed around in a cavalier fashion by politicians and media folk.  It’s the all-too-common attack-as-defence routine:  ie – here is my view and you must be a complete idiot/light-weight/joke/hypocrite/fascist if you don’t agree.  It’s pretty frustrating.

I am talking about the debate on Qualified Teacher Status.  If you only watched Newsnight and the news reports of the House of Commons debate, you’d have a very wierd view of the issues.  There’s a bit more to it than worrying about whether Tristram Hunt’s children’s education will suffer if at some hypothetical time in the future they have to face an unqualified teacher. I despair hearing reports of Michael Gove having Tristram Hunt ‘on the ropes’ in the House of Commons – as if that bit of theatre proves any substantial point of any kind.

Thankfully, intelligent commentators such as Tom Bennett and Laura McInerny among others, have given considerably more thought to the issue.  Tom’s blog is here. The more nuanced twitter exchanges on this question have been enlightening… but of course there’s plenty of noise to filter out there too.  It makes me cringe when people say things like “Perhaps Michael Gove would like to be operated on by an unqualified surgeon?”… as if that’s broadly equivalent to a Maths teacher having QTS or not.

The question we need to debate is this : What is the value of Qualified Teacher Status?   Should it be mandatory for teachers to pass a threshold professional standard in order to teach in state schools?  Is QTS an important ingredient in raising standards of teaching and learning?

The case against QTS:

No-one seems to be putting forward a case based on a fundamental principle or a long-term strategy to improve standards.  Mainly the case against QTS is a pragmatic one, normally along one of the following lines:

My experience of various school contexts and recruitment scenarios would support all of these arguments to some extent – on the surface at least.   I’ve known some appalling teachers with QTS; I’ve recruited and worked with superb teachers without QTS – from international and independent schools and straight out of university; I’ve heard plenty of teachers dismiss their PGCE training as a waste of time.  I’ve been in contexts where high level subject knowledge is paramount – for example teaching for 7s on IB Diploma Highers.

On the face of it, that’s a reasonably convincing case:  Remove the requirement for QTS and allow Heads to recruit more freely; focus on in-house professional learning, school experience and academic qualifications instead of front-end teaching courses.   Job done…  Or is it?

The case for QTS:

Of course, it isn’t that simple.  The case against QTS is a short-term one.  It is basically limiting the question to whether QTS helps with filling current posts with the current set of potential candidates in the current climate – where competition for teaching posts is low and teacher status is low amongst graduates.

The case for QTS is a much more principled and strategic one:

The value of QTS is that it forms part of the fabric of what makes teaching a profession.  Whatever the content or quality of a particular training route, the fact that all teachers need to gain QTS is hugely powerful. It instils the idea that there are standards to meet; that being a teacher entails acquiring a set of professional skills and knowledge that need to be developed continually; that there is a filter -ie not any old person can rock up and teach just like that.  I think that matters a great deal.

There is no question that teachers should learn about the fundamentals of teaching and learning in order to be effective, alongside their subject expertise.  The question is when? Multiple pathways into teaching already exist – and they should all lead to QTS one way or another.  My recruits from international and independent schools or straight from university now all have QTS; that was always the plan.  They feel much more secure and confident having now joined the profession alongside their colleagues. The specific learning that they undertook in the process has undoubtedly helped, even if their in-school experience has been the most crucial.   If Heads have freedom to recruit more widely, everyone would benefit if they were still obliged to guide their unqualified recruits to QTS within say two years.  There is no short-cut or by-pass; teachers need to be trained to a high standard in order to be effective.  Could they gain this on the job? Of course, many would do well… but then they’d have no problem passing the QTS assessments.  It shouldn’t be controversial that all teachers meet certain standards in their professional learning.

Longer term, we should be envisaging a Finland scenario where there is much greater competition for places for teacher training and for teaching jobs.  The average calibre of graduate candidates would be much higher and the general status of  teaching as a profession  would be far greater.  With that kind of effect, standards in schools would be much greater.  But can we imagine reaching this high quality -high status scenario when any unqualified person can teach?  Where being a qualified teacher means nothing? Well, of course not.   It could never happen.

Talented graduates want to head for a profession with status; with a strong structure of professional development and training; where there are standards to be met and to exceed in order to succeed.  This is where the pragmatism is revealed as short-term.  The more we allow the exceptions and personal anecdotes to win the day, the more we lose sight of the bigger picture.  In the long term, it will be far better to lose the odd superstar unqualified teacher who won’t do the training for the bigger gain of creating a strong professional culture where working hard to gain qualifications really matters.

Central to this issue is the question of what the teacher training process is like.  What is the content? What skills are developed and how critical is the whole process in preparing a teacher to make a good start in the profession? What is the quality of the provision? Unlike training for brain surgery, some people find they can hold their own in a classroom and explain ideas and concepts very effectively without training.  But they are rare; most others need a lot more input.   Teacher training and QTS should be a lot more rigorous; a lot more people should fail and the standards should be higher.  It might be possible to gain QTS from all kinds of career paths including 100% school-based training, but ultimately there should be no doubt that mediocre trainees do not succeed.

Overall, whilst I recognise the issues with the status quo, I can’t imagine an English education system that is the envy of the world in years to come where teachers aren’t required to qualify.  It just won’t happen that way.  The problem is that, just as with the quality of some of the debate, too many politicians don’t have the inclination to bother with the big picture or to look beyond the next election.  The independent sector will do whatever it likes.. as it always does. I’m not sure why that even comes into the discussion.

So, is it a good idea to remove the requirement for QTS to be acquired eventually by all teachers? No, it isn’t.  In my view, it’s a terrible idea that will have serious long-term consequences.   (And you’re a complete idiot/light-weight/joke/hypocrite/fascist if you don’t agree….hoho!)

14 thoughts on “The QTS Debate”