My Dad and the last #EdTech Revolution.

Today is my dad’s birthday.  He would have been 76.  As one of many follow-ons to my blog about his death in 1977, earlier this week I had the pleasure of meeting Pat, my dad’s PA at the British Council in the mid 70s. She contacted me after finding my blog and it was lovely to meet her; someone who knew my dad in a different context to the one I knew him in.  She gave me this photograph of him, taken at his desk at the British Council office in Tavistock House:

My dad at work. Messing about as usual.

Pat also brought along this obituary from the in-house British Council magazine.  I hadn’t read this for years. It gives a flavour of the work he was doing and the kind of person he was.

Reading this – it strikes me how extraordinary that time must have been.  Television was still new and developing countries around the world were seeking expertise to help them set up the means to exploit television for educational purposes.  My father was something of an expert in this field having been given the job of experimenting with it in Ethiopia, Iran and Brazil. I love the reference to the ’embryonic field of ‘media studies” – in quotes.  I have fond memories of visiting his office in London on my 10th birthday – there were studios with large television cameras to support the practical elements of the courses my dad was running, mainly for African students.

(Update August 2017 – I’ve come across this image of my Dad in action in Ethiopia late 1960s working with Ethiopian Educational TV: Check out the equipment:) 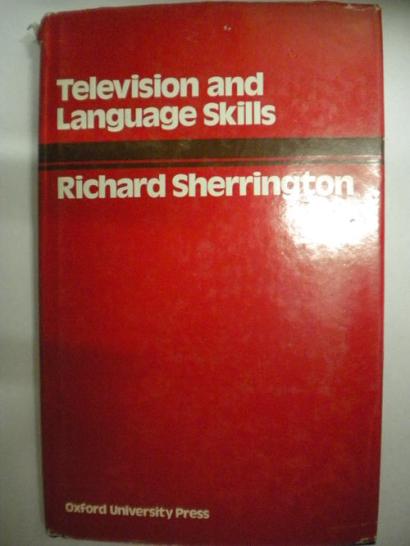 Written on a type-writer in 1972, two-finger typing style!

One of my most treasured possessions is the original manuscript for Dad’s book on the subject of teaching languages through the medium of television.  Hearing him bashing away on his type-writer was a feature of my childhood – the tapping sounds from The Study, meaning he was busy.  I’ve just been re-reading bits from the book and it’s fascinating to see how television in the early 70s was viewed very much as we now view the latest possibilities with iPads and various other elements of the new EdTech ‘revolution’.  Many of the debates in the book echo the debates we are having now – it’s just that the tech in question is different.

Here are some samples.  This is the introduction, taken from a proof-page of the final type-set version.

‘We have tech – now, what are we doing to do with it”. The wrong question, then and now.

The list of the emerging technology is fabulous: ‘tape-slide, radiovision and packaged record and textbook courses’.  I love  this bit: “The question no longer is : ‘We have a textbook or television series, or a language laboratory; now what are we going to do with it?’. Rather the question is: ‘This is our teaching problem: what is the best combination of means with which to solve it?’.

The book spans a wide range of issues including some quite technical aspects of language learning.  Here’s part of the content outline in the manuscript:

The context is global – educational development at different stages in different parts of the world.

A section on language learning – and its relationship to the television medium – rehearses some of the current pedagogical debates regarding the place for creativity and how this links to mastery of specific language elements. 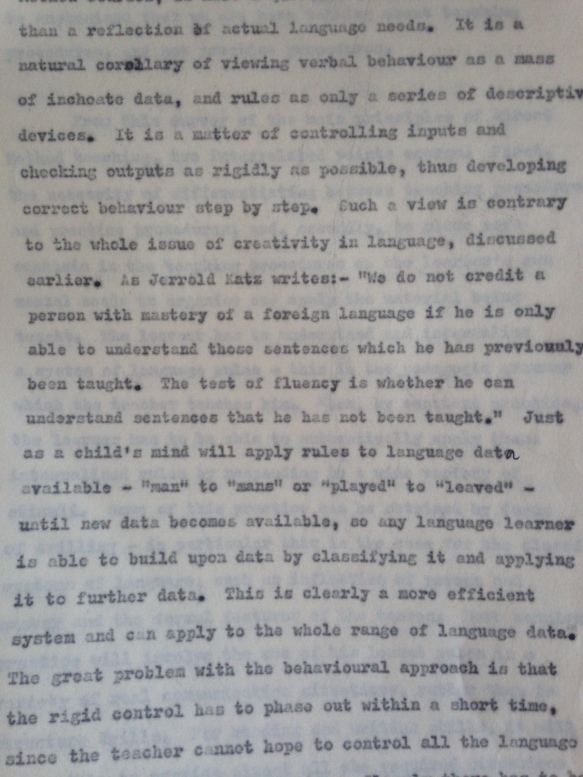 And this, on the ever-changing nature of Tech and the challenge of keeping up.

And this – a discussion of the link between the medium, the teacher and the quality of textbooks.

Interesting/challenging idea – that TV more powerful where the teaching and resources are weakest.

And finally, this bit – showing how the practical concerns were of their time.  My dad was writing before VCRs were commonplace, never mind computers.  The problem of live transmission! Still, the issues of access, remote learner engagement and motivation are relevant. 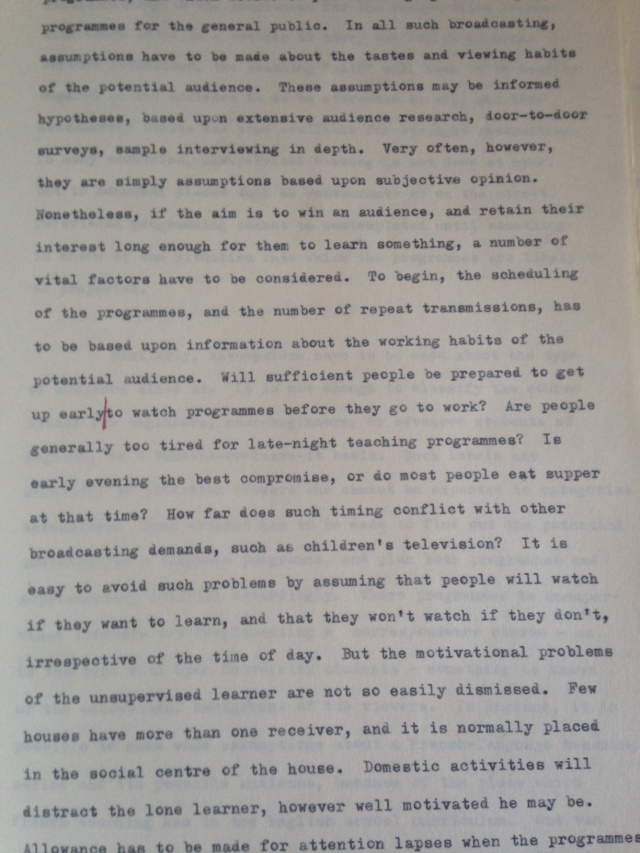 “Few people have more than one receiver and it is normally placed at the social centre of the house”. Echoes current digital-divide issues.

There’s so much more – but I can’t blog the whole book.  I’m enjoying the parallels between Dad writing about his work and what my blog represents for me.  Times have changed but so many issues remain the same.

2 thoughts on “My Dad and the last #EdTech Revolution.”