Wouldn’t it be great!?  Off you go kids, have a go, see how you get on and we’ll take it from there……

However, can you imagine what ‘Skateboarding Lessons’ might look like in the real world of routine school:

First of all there would be an extended safety briefing…. and another thing…. and make sure you…. and don’t do this ….. and don’t do that. The students would be gagging to get on with it but, we’d probably have to have a ‘let me show you the basics’ talk by the teacher who, obviously, knows best.  There might be a short review of the Level Ladder, explaining the criteria for 5a vs 6c Skateboarding so that students could set themselves appropriate targets for the lesson……..

Eventually, the students might get a go…. but just  a standard exercise to begin with (same for everyone) and nothing too dangerous or risky. Since the teacher is obviously in charge, they would start to ask “can I do a 180?, can I try a jump?” instead of just getting on with it; they’d be permission-seeking instead of self-directing; they’d defer to the teacher, looking for instruction and guidance instead of planning it for themselves.

Similarly, they’d start to ask the teacher how they’d done.  Pushed for time, the teacher might take some notes, might give a few students some pointers but and would need to give proper feedback at the start of the next lesson…….  They might even develop the idea that the grade they were going to get at the end, might be more important that the skills they’d learn or the fun they’d have learning them.  Worst of all, the students would start to see every falling-off event as a failure…. and start to lose motivation to struggle on.

How would these students perform compared to those in the skatepark next door who were just allowed to do what they liked, to feed off each other and construct the experience entirely for themselves? Here, it is normal that every trick requires 50 ‘fails’ before it is perfected;  falling off and getting back up is just part of the process.  The intrinsic reward of succeeding, of having the freedom to choose what to do next and of having a peer-feedback system is much much more powerful than anything the traditional student-teacher relationship can deliver.

And how does this relate to the routine experience of school?  If we are really serious about developing a nation of resilient, adaptable, creative, entrepreneurial risk-takers, why are our lessons so safe, so teacher-led and so confined to set parameters?  Shouldn’t we have the courage to led the kids off the leash  – at least every so often?  There’s the apparatus kids – see what you can come up with to test out your theory…… off you go!

The ‘skate-boarding lessons’ idea is a regular feature in my CPD sessions.  The ‘really rubbish skateboarding lesson’ always gets a laugh.  But it is challenging…. how much of the stuff we teach could be delivered so that students could have the freedom and autonomy of the skatepark and all the richness of peer support that comes with it?  Perhaps not much – but the general principle is still valid:  are we simply too controlling and might it not be possible, given the right philosophy and environment, to give students more opportunities for self-discovery, learning from mistakes and taking risks?

(Picture Credit:  Unknown. Please let me know if this is you.)/ Graphics courtesy of Jane Breen – who morphed my original into something much better.

With thanks to Roo Stenning @TheRealMrRoo,  this video of talk by skateboarding legend Rodney Mullen illustrates a range of other lessons we can draw from skateboarding.  The modelling process is powerful:  “It’s not that he learned how to do it, through watching, it’s that he learned it could be done”. 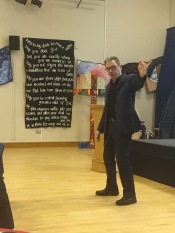 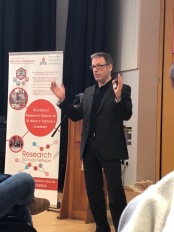 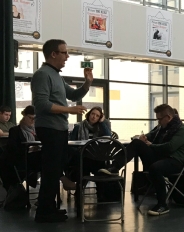 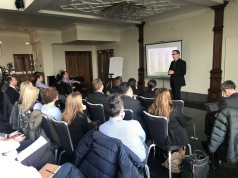 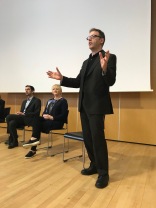