Signals and Noises in the EduSphere 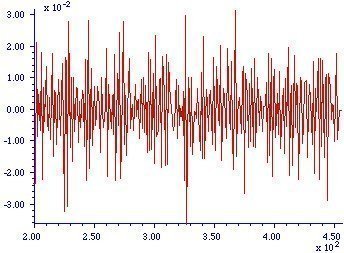 Signal to Noise: Note to self. It pays to reduce the noise before you amplify the signal.

In the last few weeks, I’ve encountered a fascinating range of modes of engagement with fellow professionals.  I’ve been struck by the extent to which the mode of communication we employ affects the quality of discussion and the depth of understanding we achieve.

In a high quality  exchange we learn what other people’s perspectives are but we also refine our own models and world views in the process; we identify common ground among the areas of disagreement and establish the territory of co-existence and consensus. We also allow for challenge and opposition whilst retaining a spirit of common intent and mutual respect.

In low quality exchanges, ideas are not given time to find their form before they’re fed into the threshing machine of public critique.  Fuelled by adversarial rhetoric, subtle and complex ideas are battered into their most basic form, losing meaning along the way, cut adrift from their original context and reduced to crudely opposed positions. Often this reaches the point where legitimate concerns about the way we conduct the exchange can drown out consideration of the actual issues at hand.

Twitter exchanges can be like this.  I’d say it’s rare to see a twitter debate that brings people closer together in their thinking.  The healthier  mutual-challenge conversations often seem to be between people who have a relationship of some kind beyond twitter so they conduct their exchange such that  there’s a level of interpersonal accountability for what they’re saying.  I’ve seen it said that ‘you only comment on the tone of a tweet when you’ve lost the argument’.  I struggle with that.  In fact I find it hard to have much time for what someone is saying unless the tone fits the parameters I find acceptable.   Maybe I don’t have a thick enough hide.  Words have meaning in how they are spoken and written, not just in their definitions.  That’s language for you.

The twitter output from a conference is an interesting phenomenon. I had this discussion with other presenters at Wellington after I did my ‘Mechanics with Soul/Pedagogy Tree’ talk.   If you look at what is tweeted during a talk you’ve given, it can be pretty sobering.  40 minutes of talk, where you’ve tried to construct an argument – to generate a coherent signal – can be morphed into a very noisy reproduction.  You’re left with a peculiar mixture of friendly backslaps, selected quotes, the odd slide and even a photo of someone’s personal notes as the residual representation of what you might have actually said – or, crucially, what you were trying to say.   Although plenty of people say nice things, it’s still annoying to feel misinterpreted.  However, I’m beginning to realise that this is my own fault.  It’s fair game if you put yourself forward to speak and I need to anticipate the reality that there will be noise.  It’s down to me to make my signal stronger and clearer.  I didn’t do as good a job as I’d have liked on Saturday; talking to people afterwards was better.  I was much more coherent at Northern Rocks talking about a research-engaged culture because I was on more secure ground with the material.

I’m also reflecting on my culpability in adding to the noise itself.  In some cases, it’s because of deficits in the clarity of my thinking.  For sure, if your ideas aren’t fully formed, it’s going to generate a response.  What exactly are you saying? Metaphors (which I’m probably too fond of) are problematic in this regard – they have limits.  In using a tree metaphor, someone has suggested that my omission of any reference to air undermined the message.  I do actually know that most mass in plants originates in the air, not the soil – but this was seen as evidence of a lack of coherence in the model.  That’s being  rather too literal but it’s still made me think harder about the value of the metaphor.  It’s a fair challenge.

In other cases, the noise is generated through amplifying my thoughts incoherently. The performance of a speech can distort the content.  Scripted speeches can be wooden (unless you are a Martin Robinson or MLK) but spontaneity comes at a price and the emphasis can be shifted in a way you don’t intend.  On Saturday I used the example of a ‘Maths Hat’ activity my son had for homework to exemplify misjudgement about engagement.  But I skimped on the detail of how I see engagement working in a context of structure and content. The Maths Hat isn’t good enough for my son – but is good enough for other kids? No, that’s not it at all.  I can’t think of any student who’d learn maths with that particular activity.  I was trying to suggest that activities stemming from a progressive disposition that might include playing maths games, doing puzzles and making patterns are things my son did growing up.  They weren’t absent; we did them at home.  They’re part of the context that gave him a platform to develop strong maths knowledge. But what about kids who don’t get that kind of experience?  It’s legitimate to suggest that, within a strong maths curriculum, there’s room for some activities that put maths into a different context to generate engagement with numbers. Not Maths Hats per se – but exploratory tasks and games where numbers have meaning in relative scale and significance; where numbers can be played with, demystified and controlled, amongst the more traditional instruction + practice approaches.  I didn’t say all of that; it was what I meant.  Signal weak; noise strong.  My error.

I also think that the noise comes from not knowing who I’m dealing with; arguing with strangers in the dark is generally a bad business – because context is key in knowing why someone says what they say.  In theory I know why people retain anonymity but I tend not to want to debate with them.  If I’m publicly accountable for what I say and they’re not, that doesn’t work for me.  I want to see your face.  It’s a human thing.  Beyond twitter, critiquing the work of someone you know or have met requires a higher level of self-censorship than when you regard them as a distant stranger.  If you have to look someone in the eye, the way you challenge their ideas is different; there are consequences.  It requires better arguments; it requires moderation of tone.

When I wrote a blog review of Daisy Christodoulou’s Seven Myths, it was on the basis of stranger to stranger; my personal experience an evidence pea-shooter against the volume of her research. Even so, I thought I was being balanced.  I started off saying I agree with a lot of it.  This lay dormant for a while but I stoked up some ire when I found that an incorrect over-simplification of my views of the book was being circulated in advance of a debate.  ‘Tom S says the myths don’t exist…’ etc.  What I actually think is that, whilst some of the myths clearly do exist, they don’t account for low standards where I’ve encountered them in the system and, therefore, don’t serve as an effective characterisation of the system as I see it.  I’d argue that the default mode at the core of secondary teaching as practised,  is profoundly orientated towards direct knowledge transmission and always has been, despite what OfSTED or other influential progressive thinkers have said.  (Certainly true in science.)

However, instead of having a direct exchange with Daisy, I blogged about my frustrations and that stirred up even more noise.  Blog comments are much better than twitter because you have space to write a decent answer. But, after attempting to engage in a blog exchange in my last post, I’ve realised that, even here, after the first rounds of to and fro, you start to feel that the medium has reached a limit, especially if there doesn’t seem much hope of finding common ground.  Or if the tone puts you off or a minimum threshold of interpersonal rapport in the exchange isn’t met.

At Wellington I finally had the chance to talk to Daisy.  We had a chat for 10 minutes; not about the Myths but about assessment and developments in ARK schools.  If I’d had this conversation before, I’d have understood her sense of mission much better.  It might have influenced my view of the book to get where she’s coming from; even if I don’t agree with the full analysis.  Happily, we agreed on various issues around assessment – there is plenty of common ground to inform future discussions.  In particular I want to see how Daisy’s ideas manifest themselves in classrooms – and to compare notes. What I’ve learned is that  if you critique someone’s work publicly, there’s a huge risk of being pushed into a specific camp by the legion of black-white polarisers that permeate our professional world. That’s unhealthy – for me, if not for them.

It seems to me that the best value of all derives from situations where people with common interests but different perspectives, meet face to face for a decent amount of time to explore ideas in detail.  This has happened a few times recently:

So, I’ve learned a few lessons:

Like Loading...
« Dear Harry: Seven Myths discussion continued.
Comp: A Survivor’s Tale – a slice of life at Holland Park in the 90s. »

15 thoughts on “Signals and Noises in the EduSphere”